On Change, and Turning The Bad Stuff to Good Purpose

Home / On Change, and Turning The Bad Stuff to Good Purpose

On Change, and Turning The Bad Stuff to Good Purpose

Yesterday was the one year anniversary of Bite Me Tender’s release. It was a lighthouse to remind me that it wasn’t all doom and gloom, in a year that brought me unending turmoil and changes.

While it feels like the entire structure of my life has been through a tornado, it has also thrown me into a kind of mindset where anything is possible. If no structures are left, that leaves me free to create my own. Stumbling over this article at Cracked got me thinking about how we go about making changes and looking at what’s worked and what hasn’t for me. And so, I’m jumping into this–my second year as a published author–with a bunch of changes I’ve either started to implement, or have serious plans for. Interestingly enough, all the changes I’ve made or plan to make are aimed directly at reducing the amount of anxiety I deal with on a daily basis.

1. I’ve started running again. I haven’t done this in years, not since I worked as a paramedic. It was never my favourite exercise–weightlifting was always more my thing–but it was part of the recommended program for the job, so I did it. I probably wouldn’t have started again, except that my daughter decided she wanted to lose some weight, and I stumbled across Zombies, Run! at about that point in time. I’ve discovered a couple of things. One, it doesn’t take very long before the weight starts dropping off, even if you change nothing else. (And, heaven help me, ALL my jobs are sedentary.) Two: That 45 minute run (or walk–the Kitten doesn’t like running anymore) does more to handle my anxiety than all the drugs I’ve tried. Anything that reduces anxiety and helps me sleep is good for my writing. So many of my ‘no words’ days follow a night, or nights, where I didn’t sleep, or didn’t sleep well. I feel like I’ve lost so much productive time to this, and I’m still struggling to figure out how to deal with it.

I find myself jonesing for that run on the days that the Kitten and I don’t go, because it does feel good afterwards, and I think I’m going to start running on my own on the off days. The exchange I’m making is a bit of online time socializing with other writers, for the anxiety-reducing and health-increasing effects of the run, plus the fun of following the serial-story and collecting supplies for my base in the connected online game. (I was absolutely SHOCKED at how big a draw that was for me, since it’s a pretty simple game. But right now, I’m taking every chance to run or walk for extra supplies, because those darn zombies keep attacking my base!) This was, hands down, the easiest change to make.

2. I built myself an office out of a spare bedroom. I made it my own and, while I’m still trying to figure out what I need and what works best for me, I think it was a step in the right direction. The only issue I’m having is that it removes me somewhat from the rest of the house, which keeps me socially isolated. I suspect the next change I’m going to need to make will be to implement a strict schedule of when I’m allowed to be in here, otherwise I’d just lock myself away and emerge in ten years time a crazy old hermit with hair down to my ankles and the inability to speak in anything more than grunts and editing mark-up. I gave up some storage in my storage-impaired house and had to do a lot of sorting through junk and throwing things out, but having a space that’s mine, where I can keep research books open and never have to shut down my computer to make room for the supper dishes, is definitely worth it.

3. After the winter from hell, I’ve decided to make changes with the barn and how the ponies are kept. I’ve thrown out a LOT of junk, cleaned one side out, and gotten some pallets to put down on the floor, so that I don’t lose hay. I’ve also set aside some of the money I saved over winter to fix the North wall, so snow isn’t blowing in all winter, soaking everything and making a mess. I plan to go in and buy feed in bulk, 20 bags at a time, now that we have a working truck, so I can just make 3 or 4 trips to the feed mill per winter, instead of once a week. I took money I could have used for other things, and put up a serious, 90%-pony-proof fence, so I don’t need to worry about them getting out. (No fence is 100%-pony-proof, and anyone who tells you different is a liar.) It might seem silly to put money into the barn instead of the house, when both need work, but my anxiety last winter over things pony related was through the roof and contributed to the exhaustion and burnout I’ve been recovering from this summer, so this wasn’t a hard change to decide on. And I’m eager to see what kind of difference it makes, since they’re apparently changing the hours of my evening job, which will make scheduling a bit trickier. My hope is that this streamlining will leave me with more spare time to write, and cost me less in terms money I have to put out to keep Old Man Pony and the Red Mare.

4. I want to get farther ahead in my list of things I want to write about, the longer pieces that seem to give me fits, and I want the time to do them right. As The Editor in Question says, I have stories that age. By that, she means that the more time I spend with it, the more clearly I see it, and that I will continue to refine and make changes to a piece for as long as I have access to it. Working with longer pieces, that adds quite a bit to the time I need to do it right. To make that manageable, I need to buy myself some time. So, I’m working on some shorter pieces (still fun!), with the intention of giving myself some breathing room to really figure out these longer ones. I get Jaime and Henry back in December, which means I should either start looking into self-pub, or consider writing the next part of their story and trying to farm the whole thing out to someone. I’m also keeping myself to a strict ‘only work on these pieces’ rule, which is a change that I hope has enough pay-off for me to replace the ‘oh, this is what I feel like working on today’ mindset that I’ve been fighting all summer. (This is a bad habit I developed over the winter, when I was working three jobs, exhausted, burnt out, and stressed to the point where sleep was starting to become an occasional thing. So, perhaps, not so much a change, but a return to the me of last year, before everything went to hell.) I get really anxious when my timeline gets shortened–ask the Editor in Question. Which becomes a vicious circle. Maybe I should set aside some time to write an Emergency Submission, that I could keep in a file in case of scheduling conflicts? Which would require me wanting that security more than I want 4 releases in the next year. Not sure I’m there yet…

5. I want to read more, which means I’ve had to make the decision to give up social time online (again!), and small conveniences around the house, so I have money to spend on the books and time to read them. I want to read more craft books, and try to apply their advice to my writing. I want to read more good books, both MM and not, and dissect why what they’re doing works or doesn’t work for me. I want to read more bad books, because I’ve found that ripping them to shreds makes me paranoid about my own writing and more conscious of not doing whatever made me snark at that story.

6. Once winter hits, I want to streamline my day more, which means making some decisions about how things are organized right now, and perhaps adding infrastructure so that chores don’t take as long, or forcing myself to develop habits that will take the sting out of it when I really need it. (Sigh. I hate housework…) Someday, I hope, when the major repairs are done, I’ll be able to afford a maid to come in once a week. Which would require me wanting the maid enough to go through the house and finish throwing out all the junk. o.O Not there yet either… 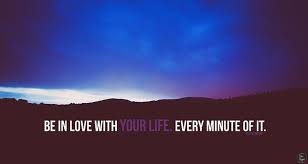 Because, after all, what’s life without a little challenge, right? 🙂 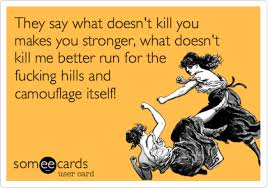